Fourth Progress Report on the Implementation of the IDRL Guidelines 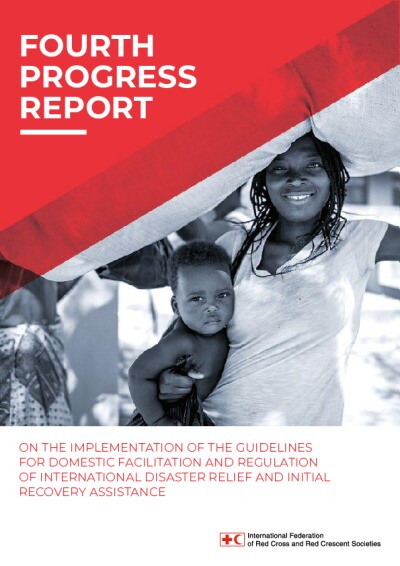 Since their adoption twelve years ago, 37 countries have adopted new laws, rules or procedures drawing on the IDRL Guidelines. Eighteen more have bills or draft rules currently pending. In addition, several global and regional organizations, including the Association of Southeast Asian Nations (ASEAN), the Disaster Prevention and Coordination Centre in Central America (CEPREDENAC) and the African Union, have, while highlighting the importance of national disaster laws, made use of the IDRL Guidelines to develop or strengthen regional mechanisms for international disaster cooperation.

For their part, numerous National Red Cross and Red Crescent Societies across the globe have been active in supporting their authorities to make use of the IDRL Guidelines and the IFRC has developed several fruitful partnerships to help support their dissemination and implementation.